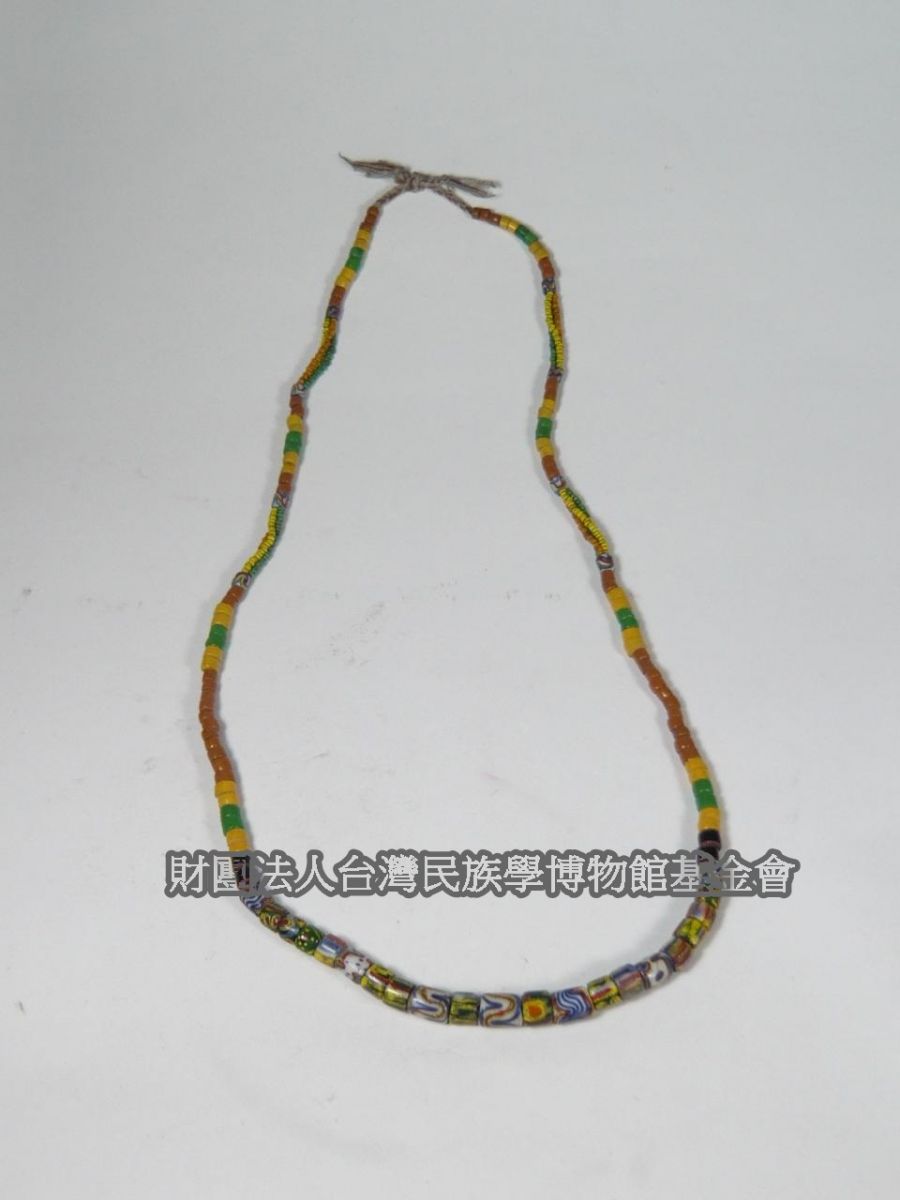 Paiwan is a class society that is consisted of noble and civilian. Glass beads necklace, one of the three Paiwan treasures, represents women, possesses spirituality, and symbolizes chastity and beauty, which is an heirloom and major wedding gift of the leaders and noble families of Paiwan.

According to legends, glass beads are gifts to the Paiwan from the gods and are referred to “gata” by the Paiwan, which means “beautiful fruits”. The Paiwan believe that glass beads possess spirituality and life, where different patterned beads have different names and each of them represent different meanings and their own legends; for example, wavy patterned “Noble Beads” represent leaders, and they are the mandatory bride prices for weddings of leaders to highlight their honorable status.
Another example would be the “Peacock Beads” that resemble the pattern of a peacock’s tail feather, which according to the legend is the bride prices sprinkled from the sky because the peacock prince wanted to marry the leader’s daughter; the prince eventually married the princess, hence Peacock Beads represent romantic love stories while also symbolize the noble social status of the bride and the groom.

In addition, there are also eyeballs-like “Eye Beads”, which symbolize protection, and other beads including “Sun Tear Beads” and “Land Beads”, with each tribe giving different names and legends to the arrangement position of glass beads. 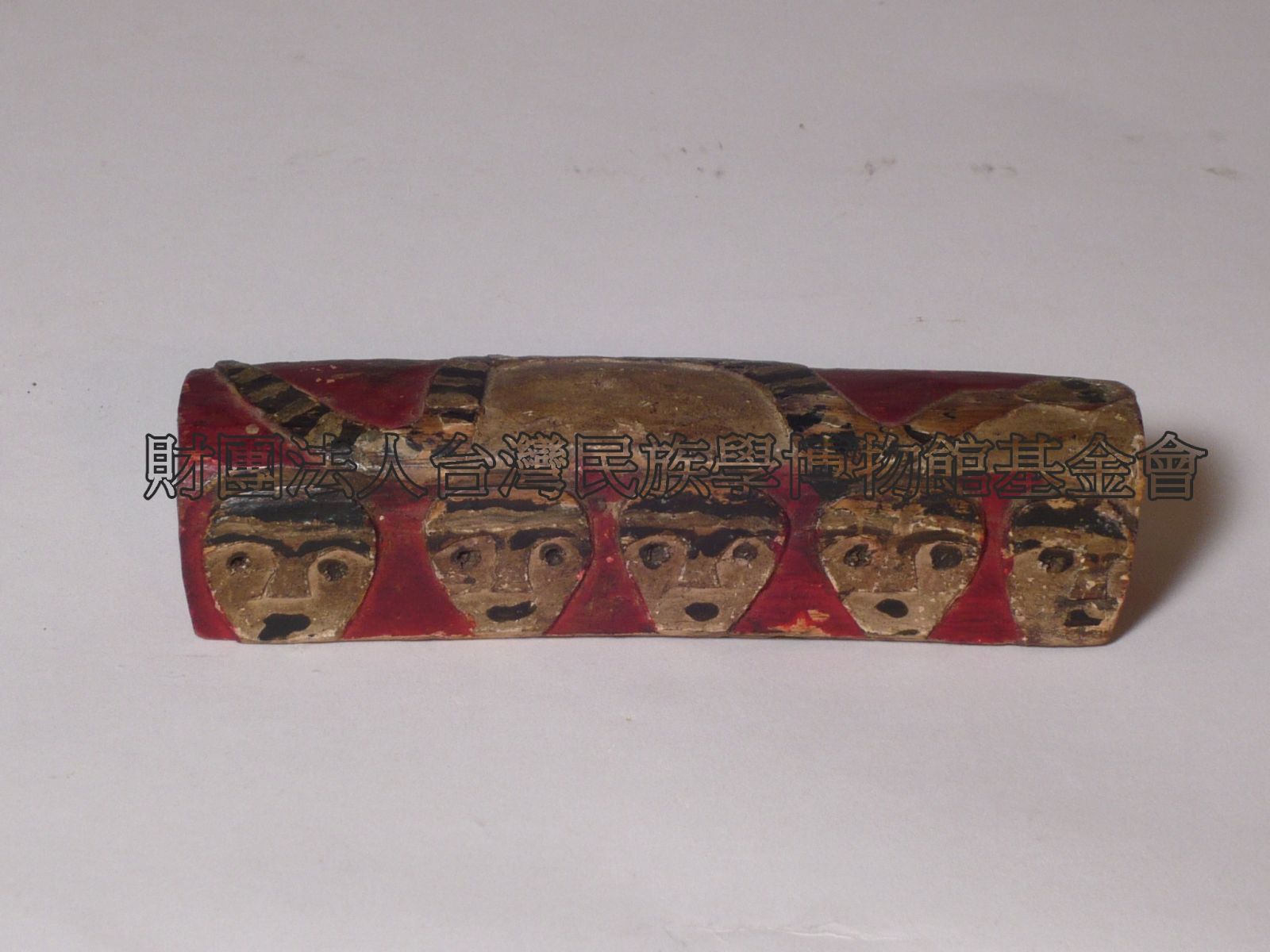 Legend has it that the Sun-deity came down to observe the human world during ancient times and left behind a gorgeous clay pot and two eggs at Kavulungan in Pingtung. He then ordered the hundred-paced viper (Deinagkistrodon acutus) to guard them after he returned to the celestial court.

After an unknown period of time, the eggs inside the clay pot incubated into two human beings under the radiation of the warm sun and became the ancestors of the Paiwan leaders, hence the Paiwan worship the sun and are proud to be the “Sons of the Sun”. The ancient clay pot and the hundred-paced viper are of sublime status as the former is regarded as the residence of their ancestors and the latter as their guardian.

This is an instrument used by sorcerers; the embossed sun, hundred-paced viper, and human face symbolize life, protection and ancestral spirits while the bright colors display an immense level of artistic tension.