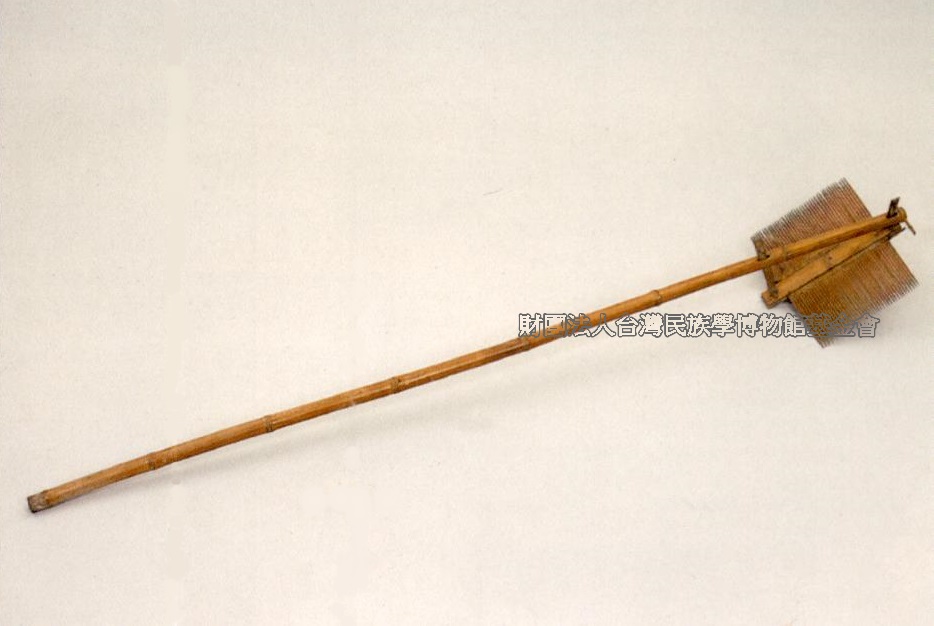 The island of Taiwan was only inhabited with the Gaoshan and Pepohoan hundreds of years ago, where both tribes had small population and lived through picking and coarse plowing, and the area was mostly consisted of primitive jungles that have not been reclaimed.

Since the Han nationality, who are agricultural experts, began reclamation in Taiwan since the 17th century, they have been using local timber to produce various farming utensils. Soil preparation is the first step of reclamation, and Tu tuo is the most convenient tool at hauling soil and rocks, which is capable of transporting all sizes of rocks to the boundaries of a field to act as ridges, and haul areas with profound soil and bulges to sunken areas with little soils in order to smoothen the field surface.

Only a few Tu tuo, once a very common farming tool that has a profound bond with Taiwan, are preserved to date.